Ole Gunnar Solskjaer said on Friday Manchester United cannot afford to look back at a historic humiliation by Liverpool as he tries to instil a positive frame of mind ahead of this weekend’s derby against Manchester City.

Liverpool recorded their record victory at Old Trafford in a 5-0 thrashing two weeks ago to leave Solskjaer clinging onto his job as United boss.

The Red Devils responded with a 3-0 win at Tottenham and salvaged a 2-2 draw at Atalanta in the Champions League in midweek thanks to the latest in a series of late rescue acts by Cristiano Ronaldo.

However, the defensive frailties exposed by the Italians showed United could suffer at home to one of their fierce rivals again if City hit top form on Saturday.

“We’ve moved on from that one,” Solskjaer said of learning from the Liverpool defeat.

“It’s going to be in the history books but we’ve had a good week. Good results away from home, difficult games, and the mindset is positive.

“Of course we’ve got to go into this game believing we can do good things. It’s a local derby and everyone knows what’s at stake.”

Despite a run of just one win in five league games, United have the chance to move level on points with City in the table with victory at Old Trafford.

Solskjaer boasts an excellent record against City boss Pep Guardiola, winning four of the eight meetings between the pair.

That is the best win rate of any manager to face the former Barcelona and Bayern Munich boss at least five times.

“I’m not one to talk about what I’ve done. I’ve got great respect and admiration for what Pep has done,” Solskjaer said.

“We’ve had a few good results against them in tight games.

“We know it’s a one-off game. You have to start on the front foot and start ready.”

Had things gone differently during the final days of August, Ronaldo could have been lining up at Old Trafford in the blue of City.

The English champions were interested in the five-time Ballon d’Or winner to fill the void left by Sergio Aguero’s departure.

Indeed it was City’s interest that appeared to spark United’s move to sign Ronaldo from Juventus.

The 36-year-old has delivered with nine goals in 12 games.

But United have won just five of those matches as Solskjaer has struggled to find the right balance since Ronaldo’s return.

“I am pretty sure Cristiano Ronaldo is happy at Man Utd and Man Utd are happy to have him,” said Guardiola, who has tried to play down the importance of Saturday’s clash.

Guardiola claimed earlier in the week his side’s Champions League game against Club Brugge, which they won 4-1, was more important than the derby given there are 28 league games still to play.

“I don’t feel it,” added Guardiola on the pre-match hype around Manchester.

Both sides have absences to cope with in defence.

United will be without Raphael Varane for a month due to a hamstring injury, while Victor Lindelof is also a doubt.

City are missing the suspended Aymeric Laporte, while Kyle Walker faces a late fitness test on a foot injury. 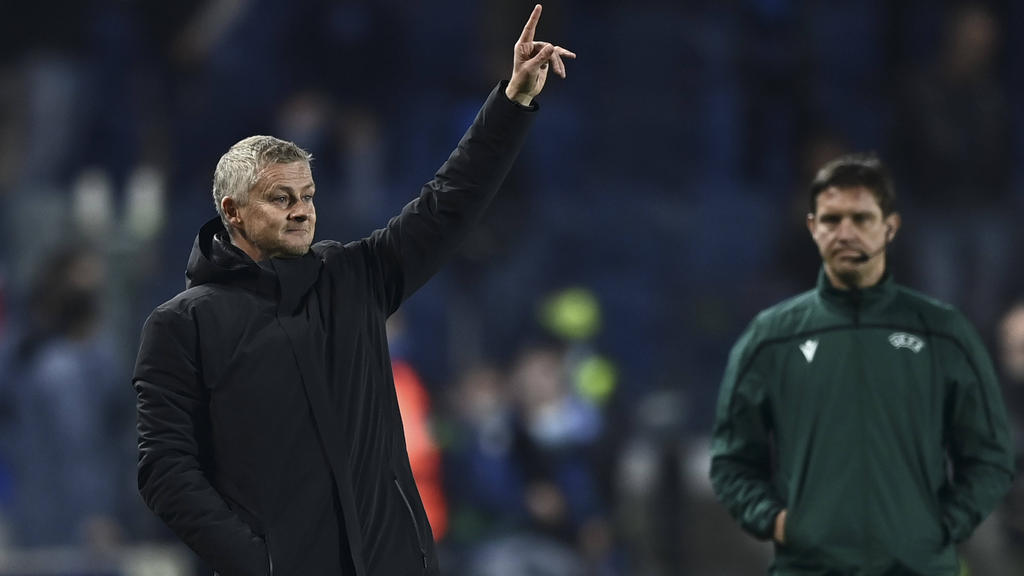 Gerrard only has eyes for Villa