Frank Lampard knows what happens to managers at Chelsea that fail to get results better than most having played for nine different coaches during his decorated playing career at Stamford Bridge.

Now Lampard is the man in the firing line after a limp 2-0 defeat to Leicester capped a run of two wins in eight games that have extinguished hopes of a Premier League title challenge.

Much more was expected of the Blues after a £220 million ($300 million) spending spree in the transfer market at a time when most of European football’s major powers were scaling back due to the economic effects of the coronavirus pandemic.

After bankrolling the purchases of Kai Havertz, Timo Werner, Hakim Ziyech, Ben Chilwell and Edouard Mendy, Roman Abramovich will have expected more than Chelsea’s position of eighth in the table nearly halfway through the season.

However, Lampard has failed to get Havertz, Werner or Ziyech playing to the level that lured the club into paying a reported £155 million for the trio.

The previously prolific Werner has not scored in 11 league games and has been left on the bench for the past two games.

Havertz has also struggled to hold down a regular place in the time despite arriving for a club record fee. The Germany forward returned to the starting line-up on Tuesday, but was hauled off after another ineffectual display.

Ziyech’s start to life in the Premier League has been disrupted by injury, but he too lost his place to a Chelsea academy graduate in midweek as Callum Hudson-Odoi started against Leicester.

Lampard now has the lowest points-per-game return of any Chelsea boss in the Abramovich era.

And while mounting a title challenge as a host of new players settle in can wait, the Londoners latest accounts show how vital it is to qualify for the riches of the Champions League at a time when other revenue streams are affected by coronavirus lockdowns.

Should Manchester City and Liverpool win games in hand this midweek, Chelsea will be eight points off the top four.

Lampard does have some credit in the bank from his first season in charge by ensuring that Champions League income thanks to a fourth-placed finish despite a transfer ban and the sale of Eden Hazard to Real Madrid.

But expectations have changed since the summer spending spree and his inability to make the most of a transfer budget other managers would dream of is likely to count against him.

Patience has not been a virtue of Abramovich’s 18-year reign as Chelsea owner and even a club legend like Lampard, who is the club’s all-time top goalscorer, is unlikely to be afforded much more time to turn the situation around.

“It’s not my decision,” said Lampard when pressed on his future. “You always understand some things are beyond your control. Things you can control are going again, lifting the players and working hard.”

After a 3-1 defeat to Manchester City this month, Chelsea already began drawing up a list of candidates for their next manager.

Recently sacked Paris Saint-Germain boss Thomas Tuchel and RB Leipzig’s Julien Nagelsmann are among the favourites with Chelsea reportedly favouring a German speaker to try and bring the best out of Werner and Havertz.

Lampard has also not done himself any favours with another blast at the attitude of his players in defeat at the King Power.

“The basics and bare minimums are to run, sprint and cover ground, and too many of our players didn’t do it,” Lampard said in a strikingly similar criticism to how he reacted to defeat at Arsenal last month.

Lampard’s side do have a favourable run of fixtures to come with struggling Wolves, Burnley, Sheffield United and Newcastle in their next five Premier League games.

But with a week to come before Wolves visit Stamford Bridge, Abramovich may now judge that run would be better suited to bedding in a new manager rather than Lampard a last chance. 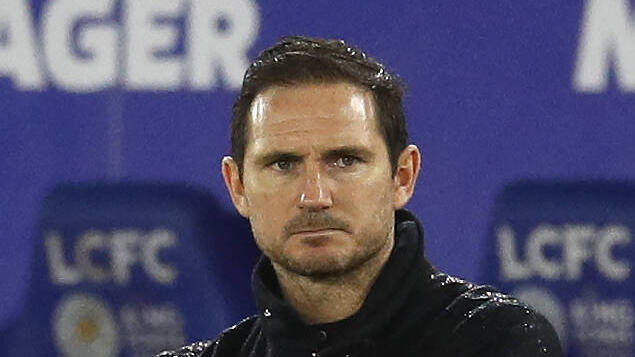