Jurgen Klopp says Virgil Van Dijk is looking “really good” as the Liverpool defender returns from the knee injury that forced him to miss most of last season.

Liverpool surrendered the Premier League title to Manchester City after major injuries to Van Dijk and several other defenders.

Van Dijk’s fellow centre-backs Joe Gomez and Joel Matip were sidelined for long spells, while Trent Alexander-Arnold was injured in the lead-up to Euro 2020.

Dutch star Van Dijk did not return after suffering a knee injury in a challenge with Everton goalkeeper Jordan Pickford at Goodison Park in October last year.

Gomez was ruled out for the season with a knee problem a few weeks later.

The four players are currently working on their fitness at Liverpool’s pre-season training camp in Austria.

“Virg and Joe will not have double sessions now for the first few days with the team. They have a second session of the day but it’s with the rehab department, physiotherapy — these kinds of things,” Klopp told Liverpool’s website.

“That’s for these two. They look really good. I don’t know exactly when we can make the next steps but it will happen in the next four weeks. For sure, we will get a big step forward.”

Right-back Alexander-Arnold hit form late in the season to earn a place in England’s Euro squad, but had to pull out after sustaining a thigh injury in a friendly against Austria.

“Joel looks good, absolutely, he is the closest probably to normal training and then we will see when we get him started for playing,” Klopp said.

“Trent was a serious enough injury but now not a major one, I would say. 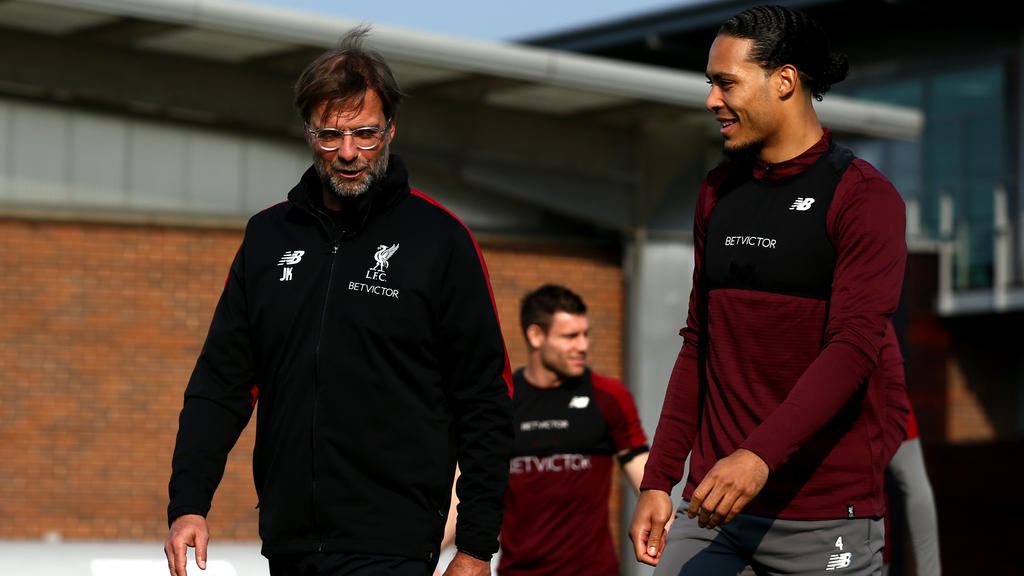